«Wooded Zakynthos» as Homer called the island, is the garden island lying opposite the north-western coast of the Peloponnese. Several times a day, car ferries ply between Kyllini and Zakynthos. This enchanting island was almost destroyed in the tragic earthquake of 1953.
The capital, also called Zakynthos, has been rebuilt in a modification of the original Venetian-style houses and spacious squares. Apart from numerous associations and traditions in poets, artists, and musicians, the island is rich in natural attractions.

The eastern coast, in the center of which is situated the town of Zakynthos, is surrounded by a low range of hills, on one of which stands a Venetian citadel and fort, while on the other is the plateau of Akrotiri, with its villas, gardens, orchards and olive groves.

Summer lasts from May to October in Zakynthos, and swimming, yachting, and fishing can be enjoyed in a glittering turquoise and emerald sea.

Only 13 km from Antirrion, Nafpaktos is a bright and open seaside town, better known to many people as Lepanto, the proud name of the great sea battle in 1571, which brought Turkish naval supremacy in the eastern Mediterranean to an end. The two small castles built by the Venetians on either side of the… 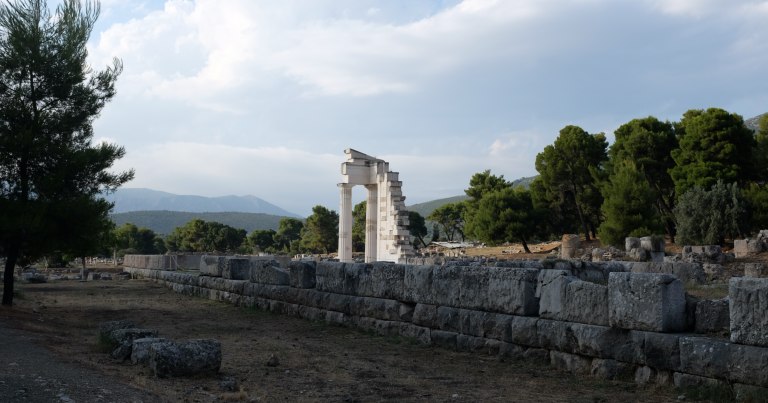 THESSALONIKI The capital of Northern Greece is the second Greek city of importance after Athens. With the establishment in recent years of many factories, it has experienced amazing economic and industrial growth. Moreover, it is an important cultural center as well. It possesses one of the biggest Balkan universities, a Teaching Academy, the Ecumenic Institute,…

Igoumenitsa – Prarga Igoumenitsa is situated at the head of a bay, opposite the island of Corfu ( Kerkyra ). It is one of the main gateways to Greece and so visitors’ comforts are well-looked after by small modern hotels as well as other amenities. The daily car-ferry services from Italy and the many more…