The grandeur of Delphi has to be seen to be believed. Nature and ancient ruins blend in an extraordinary way enhancing the beauty of one another against a set of mountains, terraces, and trees. Situated at a height of 700 meters and a distance of 164 km from Athens, Delphi is impressive in all seasons. It has none of the garish quality and noisiness that are so much a part of popular tourist centers. It is still a village with some very good hotels and restaurants and the usual souvenir shops.

The history of Delphi began when the first mysterious fumes, rising from the earth below the Phaedriades rocks, gave a sacred character to the site. Originally, the place was sacred to Gaea or Themis, the earth goddess. Later, seafarers from Crete introduced the cult of Apoilo Delphinius. In time, the mysterious prophecies of its oracle exercised great influence in the ancient world.

The sanctuary of Apollo was surrounded by a wall and within it, the sacred site was filled with monuments, statues, and some twenty treasuries-replicas of temples—which housed valuable trophies from wars, archives, and treasures. Also in the sanctuary were a small theater, with a seating capacity of 5,000 and the Temple of Apollo ( 510 B.C. ). In its “Adyton”, the “Holy of Holies”, Pythia ( the High Priestess ) sat on a tripod and delivered oracles in a state of intoxication from the fumes emanating from the chasm below. Delphi was consulted on all matters concerning religion, politics, and even individual morality.

Delphi was also the center of meetings of the Amphictyonic League ( the nearest equivalent to the United Nations Organization for the isolated ancient Greek city-states ).
Just below the main road and opposite the sanctuary there is a group of ancient ruins called Marmaria, or the Marbles, which consists of the remains of two temples of Athens, and a Tholos, a round Doric temple. There are also traces of the Gymnasium where athletes taking part in the famous Pythian Games trained.

Delphi was plundered and its treasures carried away to adorn the capitals of its invaders, but the final blow came in 385 A.D. when the emperor of Byzantium Theodosius ordered its abolition.

stand face-to-face across a 2 km stretch of sea, northeast of Patras. The crossing takes just under half an hour and provides easy access to the western mainland of Greece ( Nafpaktos, Missolonghi, Arta, Ioannina, Igoumenitsa ).
After Patras, the next big town along the way to Athens is Aigion, a commercial town with a busy harbor, wayside tavernas, and beautiful beaches.

Diakofton, a picturesque town further along the coast ( going to Athens ), is the starting point for the climb to the Monastery of Mega Spileo. The ascent is made by a track-railway which climbs slowly up the magnificent Vouraikos Gorge, on Mount Chelmos.

Mega Spileo ( Great Cave ) is so-called because there is a cave behind the church in which an icon of the Holy Virgin was found. Successive fires destroyed the original buildings, the centuries-old library, and valuable manuscripts.

The Monastery we see today was built after the great fire of 1934. The icon of the Holy Virgin said to have been painted by St.Luke, remained unscathed through all the disasters the Monastery suffered and can still be seen in the cave where it was found in 342 A.D. The Diakofton-Kalavryta road runs almost parallel to the 22 km track-railway.
Kalavryta is a large mountain village, very picturesque and cool in summer. It is a popular resort with good hotels, tavernas, and restaurants.

Another 45 minutes drive along an asphalt road will bring you to the 10th-century historical Monastery of Aghia Lavra. It was here that Archbishop Germanos on 25th March 1821 gave his blessing to the start of the Greek War of Independence. There is a hostelry on the Monastery premises as well as a very interesting collection of manuscripts and other relics.

Other places worthy to be seen on the road from Patras to Athens are the idyllic town of Xylokastron the agricultural and commercial center of Kiato ( near to ancient Sikyon and Lake Stymphalia ) and others.

The Museum of Delphi contains excellent pieces from the Archaic and Classical periods. Among them the Charioteer, the pediments from the temple of Apollo, the metopes from the treasury of the Sicyonians, the “navel of the earth”, the exquisite archaic statues ( “Kouroi” ) of Kleovls and Viton, the Winged Sphinx of the Naxians and the metopes from the treasury of the Athenians, among others.
They are all priceless finds that fill the visitor with wonderment and admiration for the art and the civilization that flourished at Delphi.

Phaistos Another Minoan palace has been found in the ruins of Phaistos ( 64 km from Heraklion ). It has an imposing entrance with a remarkable enormous flight of steps. Phaestos was a rival city of Gortyna ( 47 km from Heraklion ) where were found many interesting inscriptions and among them the famous “God…

ATTICA Attica is the Greek area upon which ancient Athens nurtured philosophy and democracy. In this little corner of the earth, the vitality of the Greeks found expression in all creative fields, and their thoughts helped to transform the whole outlook of Western man by the immortal and splendid Attic Civilization. First inhabited in the… 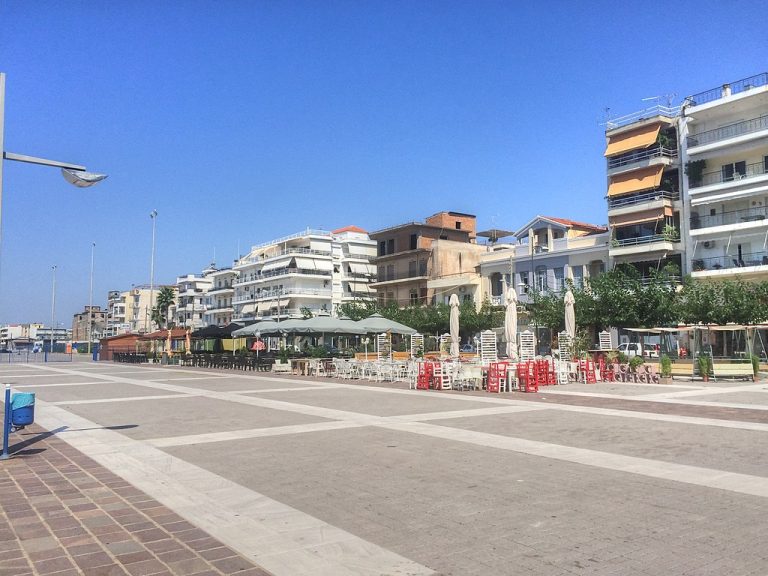 PATMOS Patmos is a rocky barren island that must have been practically unknown in ancient times since it is very rarely mentioned by ancient writers. The Romans turned it into a place of exile. Here, Saint John spent some time in exile and during his stay in a cave he wrote his «Book of Apocalypse»….