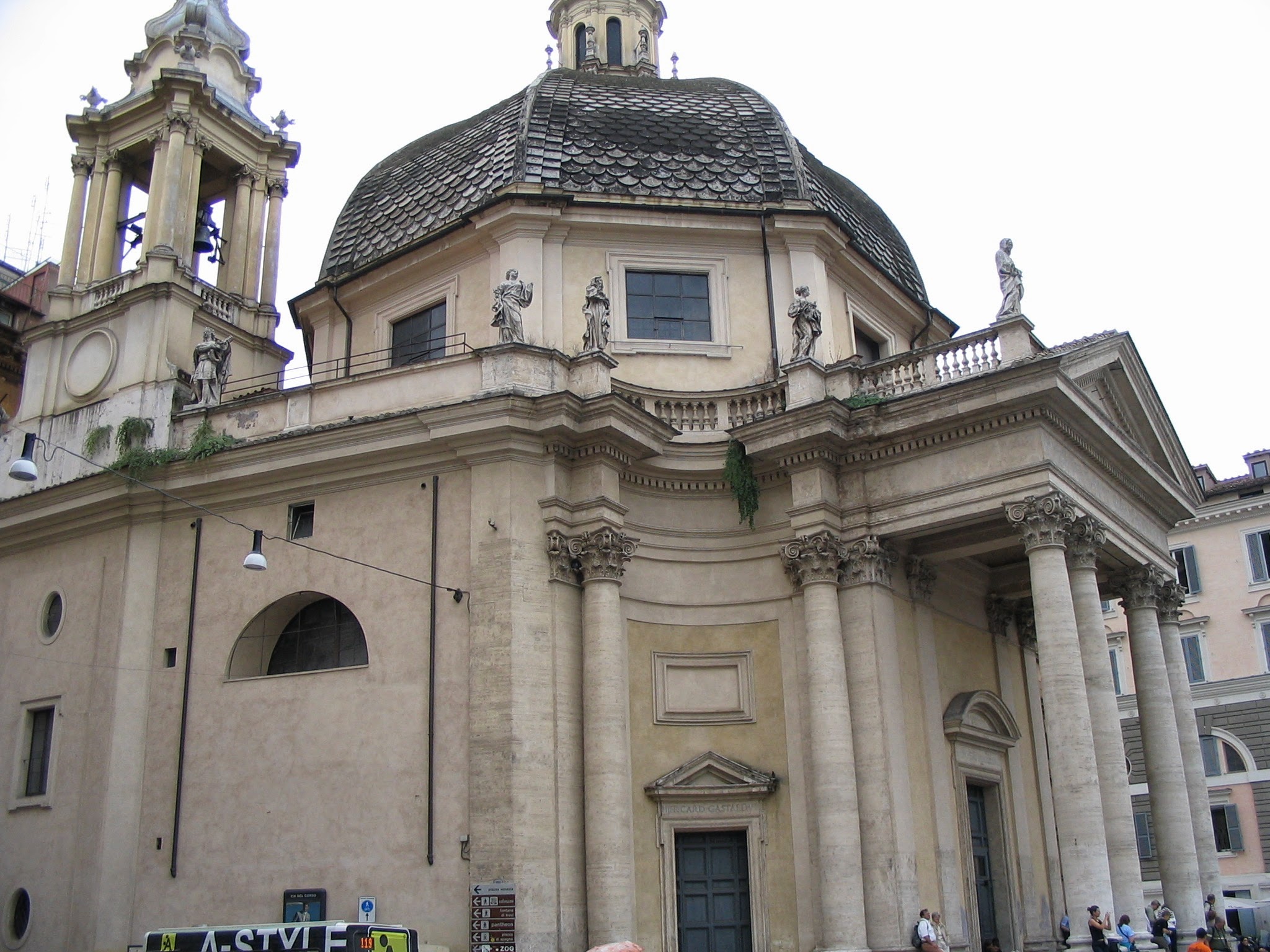 There are two identical Piazza del Popolo churches and an obelisk: this is the Piazza del Popolo, the apex of the so-called trident because from here originate three long and straight street: via del Babuino, where are many antique shops, which leads to Piazza di Spagna ( flanked by via Margutta, a street famous for its painters ): via di Ripetta and the very busy via del Corso ( Stendhal defined it as “the most beautiful of the world” ).
Through the Porta del Popolo with its triumphal arch opening into the Aurelian walls, you get the impression, as you enter the square, that you are on the threshold of the most scenographic entrance to Rome. The square slowly took its present shape through the centuries. Pope Sixtus V in 1589 had the obelisk erected at the center.

A century later Pope Alexander VII commissioned Rainaldl to build the twin symmetrical churches of Santa Maria di Monte-Santo and Santa Maria del Miracoli ( of the Miracles ). As the space on the left was narrower, Rainaldi built a circular dome ( for Santa Maria dei Miracoli ) and an oval dome for the other church. But they seem the same when you look at them from the square. The Piazza del Popolo got its larger oval shape in the 19th century thanks to the gifted architect Giuseppe Valadier, creator of the splendid gardens of the Pincio ( which are slightly higher compared to the square ).

The David The work of Michelangelo Buonarroti ( 1504 ) formed from a huge block of marble sculpted originally by the sense Agostino di Duccio to make the Giant. Once the David was completed Michelangelo placed it in Piazza Della Signoria. In 1873, after showing signs of deterioration, the statue was moved into the Galleria…

Slovene Crafts Traditional crafts have always provided man with household utensils, personal equipment, and things he needed at work. All these products were also important to market merchandise. As for the locals, their work offered them possibilities to pave routes to distant lands and broaden their horizons. Today traditional crafts hold a significant place in… 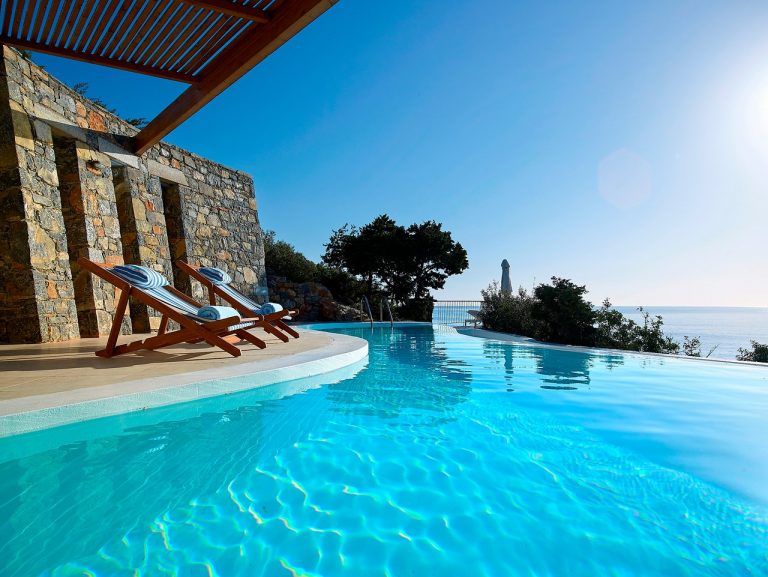 Thalassa Villa – Crete, Greece The best Seaside Villas Graciously perched on a wonderful waterfront location of Crete Island in Greece, overlooking the ever-changing blue and green hues of the Mirabello Bay, Thalassa Villas invite you to discover a haven of privacy and beauty. If you are planning to go on a holiday with your…

The Basilica of San Giovanni in Laterano is perhaps the most ancient of Christian churches. It is held to be the most important after Saint Peter’s because it is the Cathedral of Rome. In the central space between the transepts is an altar where only the Pope, the bishop of Rome, can celebrate mass. As…

The bridges over the Tiber and Castel Sant’ Angelo Many bridges cross the Tiber, some of them dating from the time of ancient Rome. The smallest is the footbridge Fabridus ( 62 BC ), the oldest Roman bridge to have survived, still used as a link between the Tiberina island and the city, as does…