Many other Fora were built when the Roman Forum became too small for the ever-increasing Roman population. Today, they are called Imperial Fora. Many of these Fora are now in ruins because during the Middle Ages they were used as quarries, using the old stones to build new buildings. Today, if you walk from the Piazza Venezia towards the Coliseum, along the via dei Fori Imperiali, you can imagine what Rome must have been like under the rule of the Emperors.

The Forum of Trajan was the last to be built; it is the most lavish and was constructed to celebrate the victory over the Dacians. The work of Apollodorus of Damascus is 300 meters long and 185 meters wide. The Basilica Ulpia was built here and now only four rows of columns in the central part are standing. The Forum contained the famous Trajan Pillar which stood between the two libraries and near the Temple of the Divine Trajan. The Markets of Trajan are a wide exedra made of two semicircular floors with many shops, even on the terraces that crown the building. It is considered the most ancient Roman commercial center remaining. Further on, we find the Forum of Caesar which was the first Imperial Forum, inaugurated in 46 B.C. At its entrance is a bronze statue of the dictator.

The Temple of Venus Genitrix was built here; only three columns on the high plinth are still standing. The Forum of Caesar was built to replace the old Roman Forum and to commemorate Caesar’s victory at harsalus. The Forum of Augustus was built in 42 AD as a commemoration of the Battle of Philippi. It is on the other side of via dei Fori Imperiali. Augustus built the Temple of Mars Ultor which is dedicated to revenging Mars; there remains today the podium, a few columns, and parts of the colonnade and exedra. The Casa del Cavalieri di Rodi was built during the Middle Ages and has a well-preserved colonnaded atrium. There follow the remains of the Forum of Nerva in which are the so-called “colonnacce”, two huge columns sustaining an entablature decorated with an elegant frieze dedicated to feminine activities.

A massive basement is all that remains of the Temple of Minerva. A little further on are the ruins of the Forum of Vespasian. After visiting the Museum of the Fora, located in a nearby convent, to the right can be admired the ruins of the Basilica of Maxentius is a large building from the 4th century AD of which only the original aisles remain. Its vaults are 25 meters high, but the highest ones ( 35 meters high ) have collapsed. Maxentius commissioned it but it was actually finished by Constantine. During the summertime, the Basilica hosts great musical performances.

FREE Photos You can use on Your Personal and commercial sites or projects. All Pictures below were photographed by Stanisa Josic and FREE of copyright restrictions. I offer these photos free to download under Creative Commons Zero. No attribution or backlinks are required, but any form of spreading the word is always appreciated. Please feel…

Its original name, Flavian Amphitheater, commemorated the name of Vespasian who commissioned the building in 72 AD and inaugurated it by sacrificing 5000 animals. At least until 523 AD ( under Theodosius’s reign ), fights between gladiators and wild beasts were held here periodically. There is no historical evidence that Christians were martyred in the…

It is one of the most important works of the late Baroque in Rome. The architect Nicola Salvi, who had won a public competition, was commissioned by Pope Clement XII ( 1730-40 ) to build it. The fountain was inaugurated for the first time in 1740 under Benedict XIV and then when it was finished…

Arches of Rome – Arches of Constantine, Septimus Severus, and Titus The arch, built as a memorial or to celebrate a triumph, is one of the great inventions of Roman architecture; Rome has many of them. The most recent, majestic, and well preserved is the Arch of Constantine near the Coliseum. It was inaugurated in… 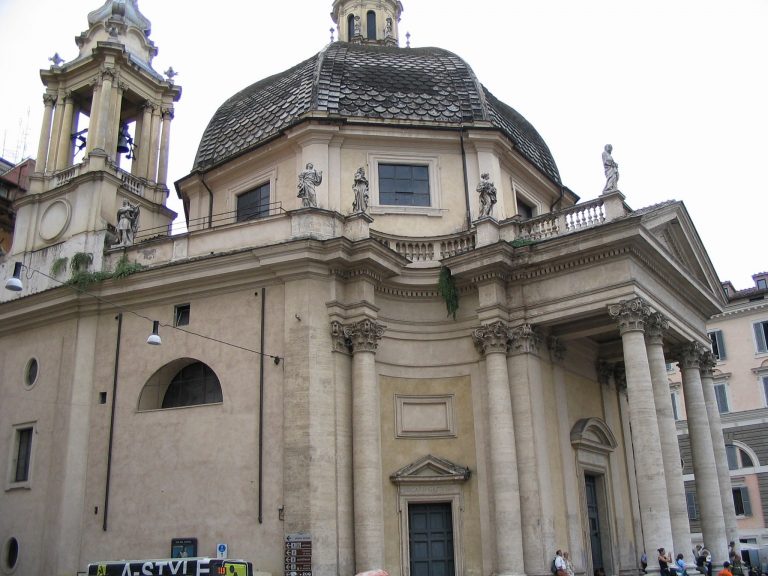 Piazza del Popolo There are two identical Piazza del Popolo churches and an obelisk: this is the Piazza del Popolo, the apex of the so-called trident because from here originate three long and straight street: via del Babuino, where are many antique shops, which leads to Piazza di Spagna ( flanked by via Margutta, a…