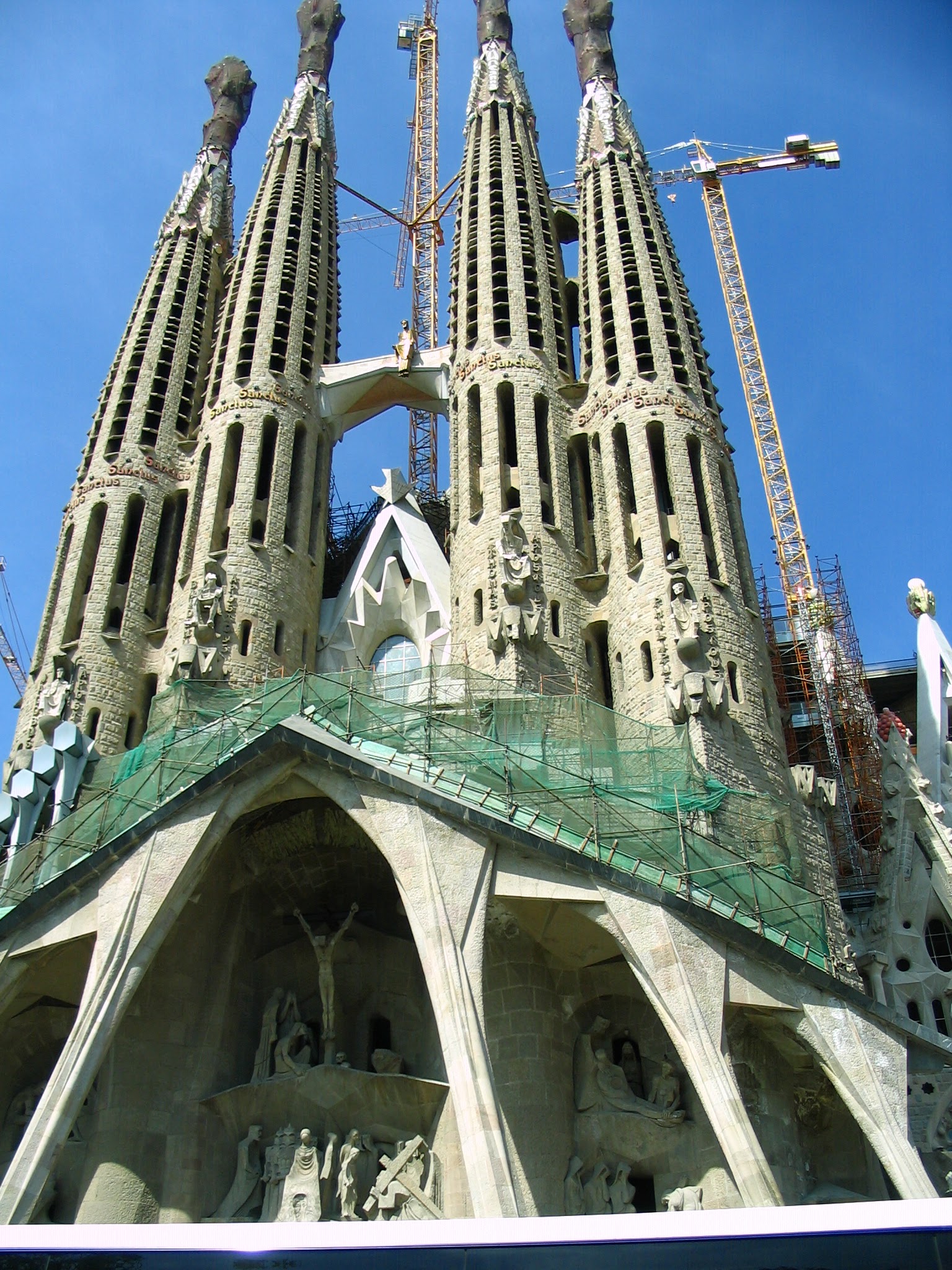 This article is about the  Basílica de la Sagrada Família , for the Hotel “Catalonia Sagrada Familia” see Hotel page

The construction of Catalonia Sagrada Familia began in 1882, and one year later Antoni Gaudi was appointed Project Director. He worked on the project over 40 years until his death in 1926. The overall plan and his in-depth studies of the project, based on the use of innovative geometrical shapes of naturalist style, are the cornerstones on which the current architects continue the work to this date.

Eight of the twelve bell towers of the facade, dedicated to the Apostles and having a height of 100 meters, are already built. The four belfries awaiting construction are those of the Façade of Glory, the 170 meter central dome in honor of Jesus Christ, the Tower of the Virgin Mary and the Tower of the 4 Evangelists.

The vaults of the main nave are finished, and work is focused now on the area of the transepts and the apse. From the very beginning, the only financing for building the Temple of the Sacred Family (Sagrada Familia), built under the concept of a temple of astonishment, came only from private donations and alms, and it continues to be so due to generous donations from the faithful and admirers of the project.

The entrance to the Temple of the Sacred Family alows the visitor to acces, in addition to the construction works, the museum depicting the past, present and future of the Temple trough scale models, photographs, plans and decorative objects. The visitor can also learn about the life of the architect and other projects he carried out.
Trough a glass pane, vistiors can watch the model makers in their wokrshop restoring the original models of Antoni Gaudi and reproducing them at different scales so as to ensure that the original Gaudi project is followed accurately.

A video is shown at frequent intervals relating the history of the Temple.

The House maintains the structure of when Antoni Gaudí lived in it. The museum is a collection of the architect’s personal work and memorabilia: furniture, projects and drawings by himself and his assistants. The house is surrounded by a garden featuring many of the gratings designed by Gaudi, as well as sculptures and a bypass walk with a parabolic arch pergola designed by the architect.

How to visit Sagrada familia during covid 19

The church shares its site with the Sagrada Família Schools building, a school originally designed by Antoni Gaudí in 1909 for the children of the construction workers. Relocated in 2002 from the eastern corner of the site to the southern corner, the building now houses an exhibition.

It can be reached by car up the winding L’Arrbasada road or that of Vallvidrera, or by the funicular that connects with the old Tramvia Blau which starts from Avinguda del Tibidabo. Right on the summit of the mountain, we find the Temple Expiatori del Sagrat Cor de Jesus, the work of the architect Enric…

This is the area within the antique walls and presently bordered by Les Rondes which circle the oldest part of Barcelona, including the Barri Gotic. To the North is Plaga Catalunya, which is the center of connection with this part and the L’Eixample. The Placa is one of the city’s important centers and one of…

The Roman domination, which lasted for six centuries developed the colony “Julia Augusta Faventia Paterna Barcino” within the limits of what, in those times, were the natural limits of Barcelona, between the sea and the mountain and between the rivers Besos and Llobregat.The later invasions of the “Barberos” meant the fortification of the city within…

In front of the Palau Nacional and at the top of Maria Cristina avenue we find the illuminated fountain, la Font Magica. A masterpiece of engineering applied to every possible combination of water and light. The work of Carlos Buigas, the central basin is 1.8m deep, oval in shape, 65m long, and 50m wide. It…