Vienna is the town you ought to know. Of every town, you have certain expectations and images. Some associate with Vienna the waltz, delicious pastries, new-wine taverns, the Boy’s Choir, or the majestic Lipizzan stallions. For some, Vienna constitutes the metropolis of the Austro-Hungarian Monarchy that became a republic only by coincidence, and again others regard it as a junction between Eastern and Western Europe whose political and economic importance becomes evident every day. Whatever your expectations are, Vienna is waiting to be discovered. It is a town that demands a lot of its visitors if they intend to get a true impression. Because, like life there today, the spirit evolved from past epochs, and the people themselves, so the beauties of the city contribute to our understanding and appreciation of it.

VIENNA’S POSITION AT THE CROSSROADS OF EUROPE AS THE BASTION LEADING TO THE EAST, BROUGHT PROSPERITY AND CONSTANTLY PUT ITS INHABITANTS AT RISK OF INVASION. THE UNDULATING COUNTRYSIDE AROUND VIENNA STRETCHES INTO SLOVAKIA, HUNGARY, AND THE CZECH REPUBLIC, AND AWAITS VISITORS WITH AGE-OLD MONASTERIES, CULINARY DELIGHTS INFLUENCED BY ITS NEIGHBOURS, BREATHTAKING CASTLES AND PRETTY TOWNS THAT HAVE MAINTAINED THEIR HEARTY CHARACTER. ON YOUR TRAVELS TRY OUT A “BUSCHENSCHANKE” – A LOCAL TAVERN SERVING FOOD AND DRINK. 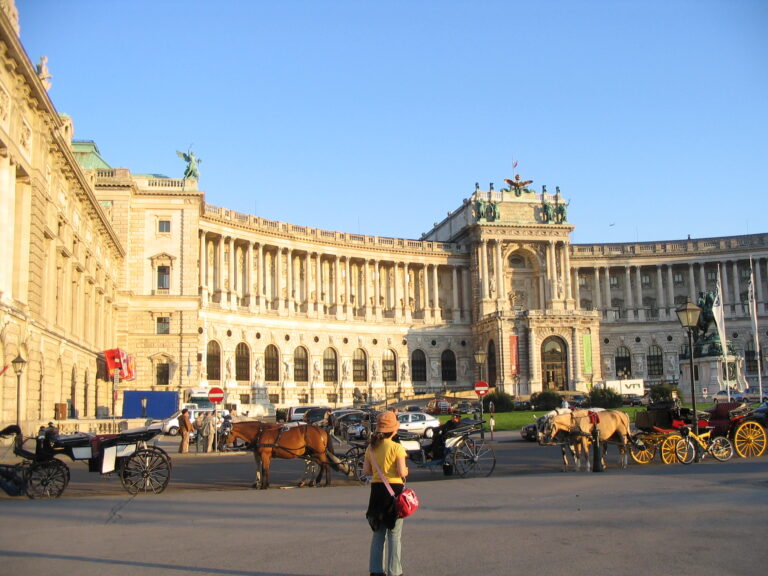 ContentsA Typical TasteUseful German Phrases for TravelersVienna Inernational AirportVienna – Public Transport 1192 Richard the Lionheart is taken captive in ##Vienna, the ransom helps build fortifications; 1198 the Golden Age of Vienna begins with economic, architectural, and artistic growth; 1237 Vienna is incorporated as a free city of the Empire by Emperor Friedrich II; 1298…

ContentsA Typical TasteUseful German Phrases for TravelersVienna Inernational AirportVienna – Public Transport Altstadt – The Old Town Worth seeing is the entire complex of the Old Town with its narrow streets, old burghers houses, and arcades. Where the Herzog-Friedrich-Straße widens out into a Square is the symbol of Innsbruck, the Goldene Dachl The Golden Roof… 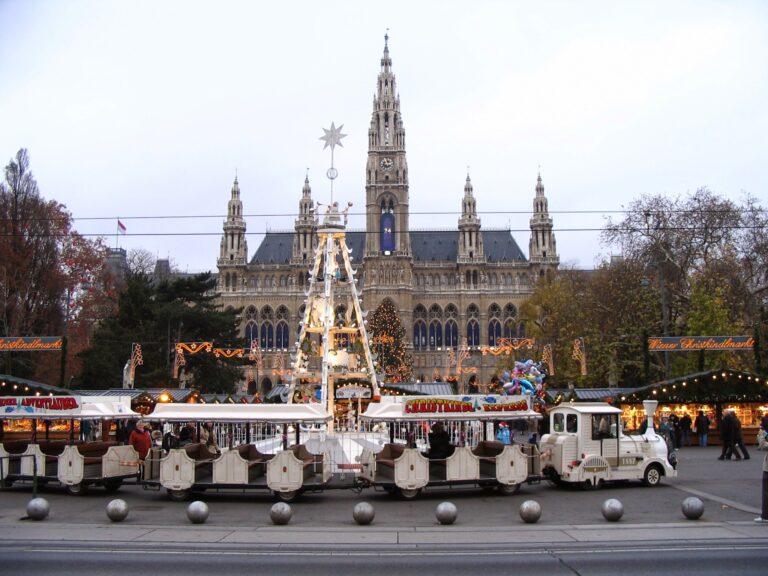 ContentsA Typical TasteUseful German Phrases for TravelersVienna Inernational AirportVienna – Public Transport Vienna Christmas Market The Viennese Christmas Market is an unforgettable highlight for those eager to get into the spirit of the season. The delicious aromas are sure to lull all visitors into the seasonal joy.Inside the City Hall on the ground floor, there… 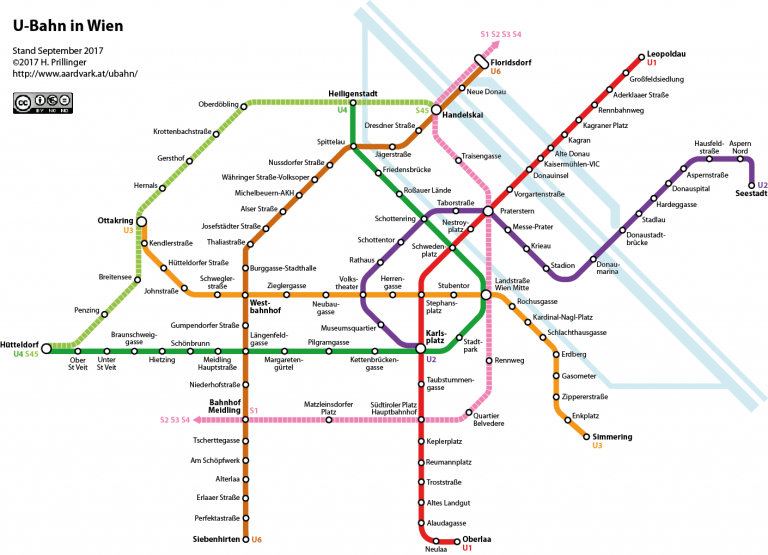 ContentsA Typical TasteUseful German Phrases for TravelersVienna Inernational AirportVienna – Public Transport Vienna metro – Vienna subway map – underground map Vienna’s metro system is it one of the most modern in Europe. The Vienna metro operates daily between 5 am and 12:30. Trains depart around every 5 minutes. Timetables can be found here. For…