At the end of the Rambles facing the sea is the large square called Porta de la Pau with the Monument to Columbus, a modern symbol of Barcelona, in its center. It was built according to a project by Cayetano Buigas and was opened in July 1888. It is 59 meters high, and the statue of the sailor measures 7.60 meters. Inside the column, there is a lift to the top of the monument where we have a marvelous panoramic view of the city.

The Portal de la Pau receives its name from a boat of the same name constructed in 1849 in memory of the peace after the Matiners war ( The Second Carlist War ). This coincided with the moment of Barcelona port’s greatest expansion, directed by the Greek Estagis and the Barcelonese Josep Rafo.

Parallel to the sea and crossing this wide square is the modern and busy, motorway known as Ronda Litoral. It goes underground leaving a wide promenade for the people of Barcelona, the Moll de la Fusta on the surface. Here we find several restaurants and cafes, with wide sunny terraces and a splendid view of the Port.
This area has recently been remodeled and fits in perfectly with Les Rambles, the new beaches, and the VII La Olimpica.

On the other side, there is one of the best conserved historic buildings in the city, Les Drassanes. It is the only building of its period and kind in the world. The Naval Shipyards ordered to be built by King Jaume I “The Conquerer” in 1208 and later added to by Pere II due to Barcelona’s maritime traffic are in a marvelous state of conservation. The building, as it still stands, was finished in 1387 on the orders of Pere III and thirty galleys could be built there simultaneously.

Now Les Drassanes is used as the Maritime Museum and several offices of the Generalitat. Diverse popular cultural acts and exhibitions are held here.
Behind Les Drassanes part of the wall of Barcelona is conserved, dated from the XV Century.

We can see the only remaining gateway, the Porta de Santa Madrona, which in some way finishes our walk down the Rambles from Placa Catalunya to the sea passing through some of the most exceptional streets in this city.

One of the most attractive parts of the city is Montjuic mountain. Which blends art, culture sport, and history. Montjuic today is far removed from the Iberian city of Laya which was situated here; also lost in the mists of time is the time the Romans built here to their God, Jupiter. Some historians claim… 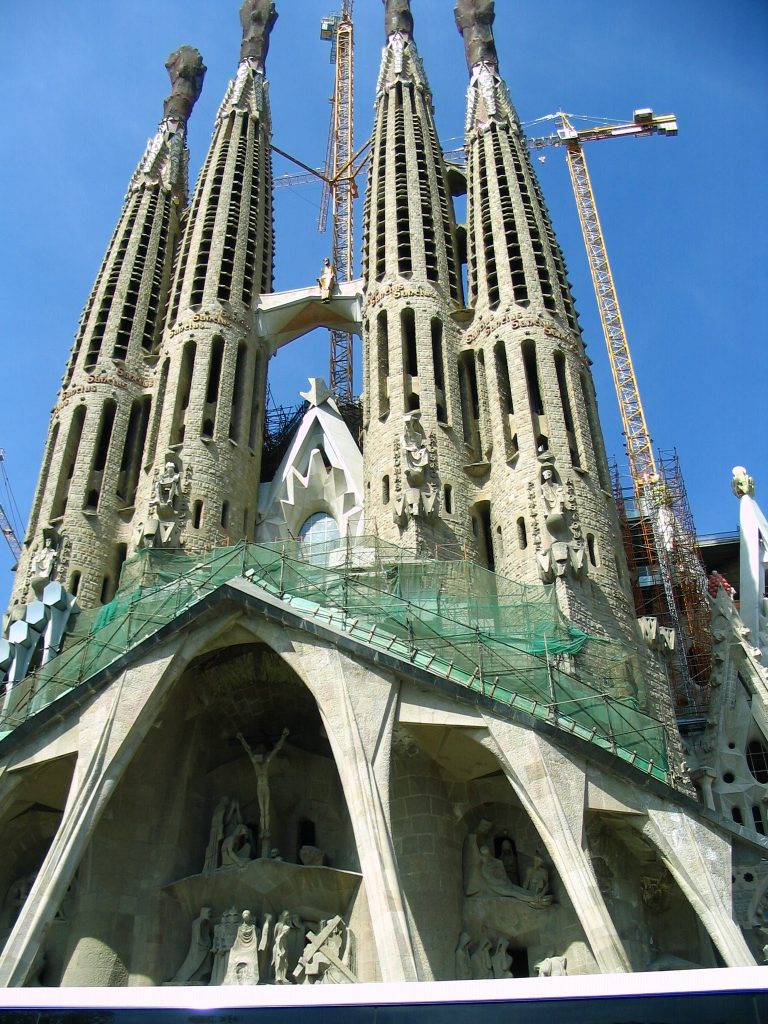 Pablo Picasso spent many of his formative years in Barcelona, the city that also gave birth to Joan Miro and Antoni Tapies. These great artistic figures of the twentieth century have prolonged the ancestral link between Barcelona and the plastic arts. The beauty of the city lies in both the refined talent of artists and…

Fourteenth-century and which the municipal authorities still use today for meetings of special relevance. The Placa de Sant Jaume, flanked by the seats of these two institutions, is the scene of many kinds of demonstrations and gatherings: from fervent manifestations of patriotism to the celebration of sporting victories by local teams, organized dancing of sardanes…

Christopher Columbus, from his pedestal 50 meters above street level and one of the best-known monuments in Barcelona, points seawards forever with a gesture of stone. In a sense, Columbus personifies Barcelona’s own gesture of gratitude to the sea. For it was by sea that the founders of Barcino arrived, and by the sea that…

In front of the Palau Nacional and at the top of Maria Cristina avenue we find the illuminated fountain, la Font Magica. A masterpiece of engineering applied to every possible combination of water and light. The work of Carlos Buigas, the central basin is 1.8m deep, oval in shape, 65m long, and 50m wide. It…