The Eastern Mediterranean has become increasingly popular among sailors. The Aegean and its islands offer a great experience and if you pick a mavi boncuk gulet you can sail those seas for your next holiday. Bodrum is a great place to set sail and it is just half an hour from the international airport, Bodrum-Milas has regular direct flights from many regions of Europe throughout the months from Easter around to the approach of winter. The climate through all the weeks and months is excellent.
There is unlikely to be a cloud in the sky especially in the height of summer. Suntans are guaranteed and the gentle breeze as you sail along will develop them even quicker than the sun would do otherwise.

You can be aboard your gulet just a few hours after you have left home with the prospect of visiting some lovely islands.

There are few opportunities to see these lovely small islands of the Dodecanese unless you charter a boat from sailturkey.net. You have an itinerary to follow but also independence. When day trips have to head back to port you can stay wherever you are and watch the sun go down as the crew prepare dinner. You can escape for a few days in these islands and return back to Bodrum with a host of memories.
During the long winter nights ahead you will have your memories and photos to keep you going. Many people who take a charter for the first time immediately think they will do it again and why not? There are several different itineraries out of Bodrum and elsewhere on the beautiful Turquois.

In antiquity, Olynthos, Potidaea, Stageira, and other cities of Chalkidiki, most of which were colonies founded by southern Greek cities, were very much part of the flourishing civilization that developed in the rest of the Greek world. Finds from excavations – pottery, sculpture – show the influence of southern Greek workshops, the products of which…

The grandeur of Delphi has to be seen to be believed. Nature and ancient ruins blend in an extraordinary way enhancing the beauty of one another against a set of mountains, terraces, and trees. Situated at a height of 700 meters and a distance of 164 km from Athens, Delphi is impressive in all seasons….

Arta Arta is situated on the River Arachthos and its plain is fertile and intensively cultivated. As early as the 13th century it was the capital of the Despotate of Epirus, a Byzantine principality. Overlooking the town is a medieval fortress. Of interest in Arta is the 18th-century bridge which spans the river and the…

The apparent simplicity and design of the Parthenon, a building famous the world over for architectural beauty and harmony, is the temple of the virgin ( in Greek “parthena” ) Athena. It Is built of Pendelic marble in the Doric Style on the same site as two previous temples. It took 15 years to build… 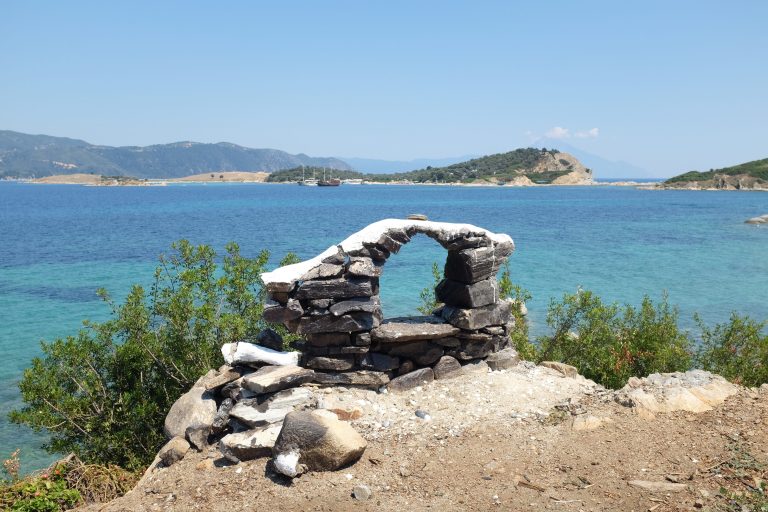