Another Minoan palace has been found in the ruins of Phaistos ( 64 km from Heraklion ). It has an imposing entrance with a remarkable enormous flight of steps.

Phaestos was a rival city of Gortyna ( 47 km from Heraklion ) where were found many interesting inscriptions and among them the famous “God of Gortyna” ( a stone plaque with the laws of the city of the 6th century B.C. ).

The ruins of a Minoan villa have been found at Aghia Triada ( 13 km from Phaestos, close to the sea ), as well as some beautiful Cretan vases and gobbets.

Eastwards from Heraklion, along a good asphalt road that follows the contours of the coast in a series of serpentine bends, there are empty beaches, bays, and plains that slope down to the sea. Where the land is already town escape there are hotels, bungalows, and restaurants.

The remains of this Minoan Palace are similar to those of Knossos and Phaestos. Walk around and photograph this enigmatic palace, and then make your way down to the fabulous beach.

Patras is the third most important harbor in Greece, lying on the northeastern coast of the Peloponnese. It has some 115,000 inhabitants and is a busy industrial and commercial center as well as a port, with ferryboats connecting with Italy. A pleasant walk can be made as far as the Upper Town or Psila Alonia,…

One of the most powerful means which help men all over the world to know each other, to understand and love each other is art, the language of which is understandable to all people alike. Dance is the art as old as man himself which, still today covers a great part of all peoples life…. 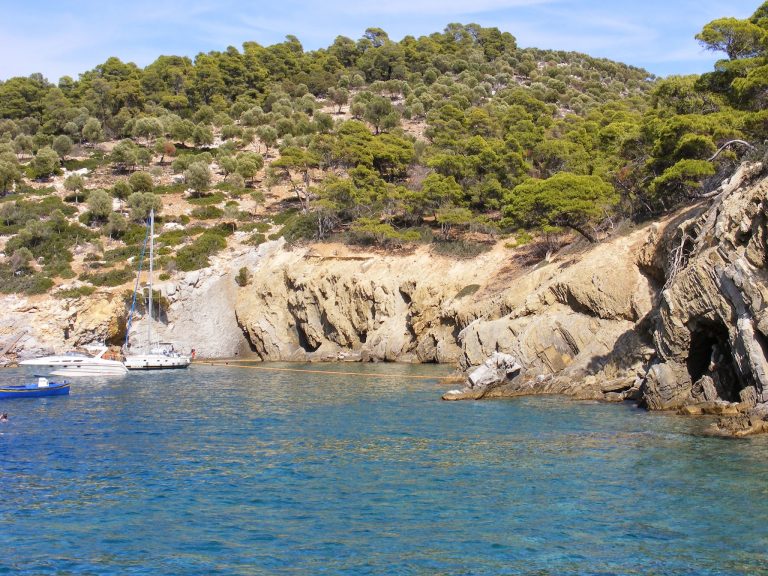 Thessaly has the largest plain in Greece, a densely cultivated area ringed round by the Pindus, Othrys, Pelion, Ossa, Olympus, and Agrapha mountain ranges. The River Penios meanders across the plain, and to the north, it falls through the celebrated Tempi gorge, a narrow pass above which tower the steep slopes of Mt Olympus and…